Posted by Kristine Hope Kowalski on August 30, 2015 in Books 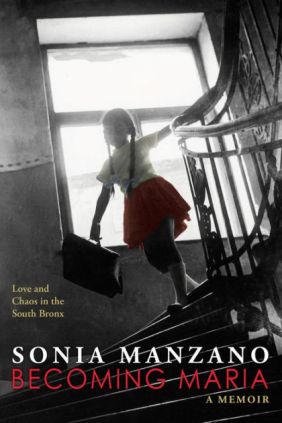 Sesame Street was such an important part of everyone’s childhood, but what was the real-life actress who played the iconic character Maria like as a kid herself? The show’s very own Sonia Manzano has penned a new memoir, titled Becoming Maria: Love and Chaos in the South Bronx, that tells her personal coming-of-age story — and it gives us all an intimate glimpse into her life growing up in New York in the 1950s and ‘60s.

The star was born and raised in a close-knit Latino neighborhood in the Bronx, where she experienced more than her fair share of heartache and family issues as she began to understand her creative talents and follow her dreams. Though Sonia is known for her time on a happy children’s show, there is barely any mention of her popular role of Maria in this book. The story is more about how she grew into the person she is, and she doesn’t skip over the harsher topics and uncomfortable moments in her life for the sake of telling a more whimsical tale. Her parents’ troubled and dysfunctional relationship, gritty tales of abuse, and her own reflections on race are unexpectedly central points in her story.

The narrator tells each memory through her own childlike perspective, recalling events from her past as she directly experienced them happening, rather than looking back on situations with clear hindsight or an adult understanding of the situations. In each passing chapter of the book, Sonia ages and we as readers grow up right along with her, as if we were a fly on the wall, silently taking it all in with her.

In spite of all the heavy topics that are addressed in this memoir, Sonia’s story still shows how a little girl’s imagination and creativity can transport her anywhere in the world. It’s an inspiring read that proves that a true star can emerge from even the most humble or rough beginnings.