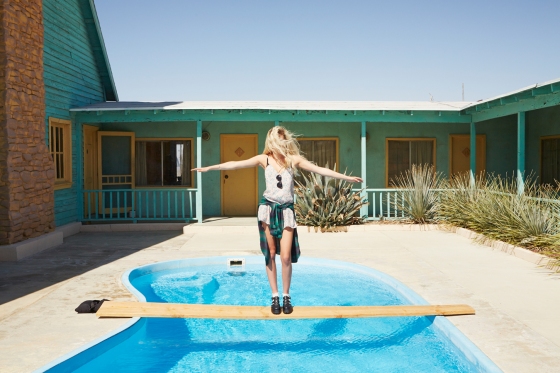 The summer season has officially begun so appropriate music is very necessary. Get your hands on some awesome songs to kickstart your collection after the jump:

2) Tiësto, “Wasted” ft. Matthew Koma
Armed with a fun sing-along chorus and a big room beat, “Wasted” is an easy pick for this list.

3) Oliver Heldens x Becky Hill, “Gecko (Overdrive)”
This banger is my favorite song on the list and was actually written by the previously mentioned MNEK. Play it with your windows down.

4) Sigma, “Nobody to Love”
Critics of the track say it’s just Kanye’s “Bound 2” without Kanye, plus a house breakbeat…which it kind of is. But it is regarded as a bootleg remix after all and lets us indulge in Charlie Wilson’s “I know you’re tired of loving, of loving with nobody to looooove.” Sing it, Charlie.

5) Broods, “Mother and Father”
The just-released single from New Zealand brother-sister duo Broods talks about the uncertainty of growing up. Airy and melancholy, this is best for those summer nights.

6) Clean Bandit, “Rather Be” ft. Jess Glynne
The classical music-infused “Rather Be” is starting to make its rounds in mainstream radio, so enjoy it while you can. Seriously.

7) Childish Gambino, “3005”
Long-time listeners of Donald Glover aka Childish Gambino know him for his clever wordplay, flow, and singrapping, which are all conveniently made available in this one song.

9) Duke Dumont, “I Got U” ft. Jax Jones
If steel drums don’t instantly make you want to be basking in the sun on a beach with a fruity frozen drink in hand, I don’t know what will.

10) Sam Smith, “Restart”
From “Latch” to SNL to duets with Mary J. Blige, my boy Sam Smith has been blowing up. He recently released his debut album In the Lonely Hour and it’s mostly heartbreaking except for this ‘90s pop rock-inspired track.

Download the playlist here! What songs will you be listening to this summer?

← Listen: The Vamps x Demi Lovato’s ‘Somebody To You’
Manicure Monday: Summer Sunsets →