So You Think You Can Dance: ‘Top 4 Perform’ Music Highlights 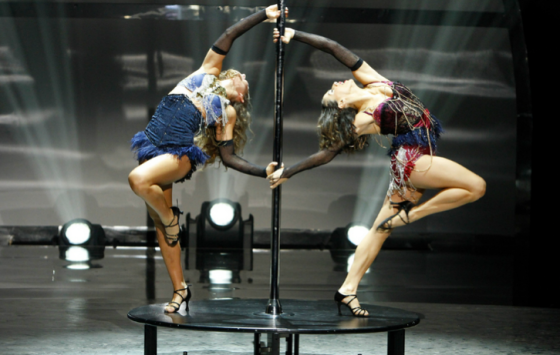 Next week is the season finale episode of So You Think You Can Dance! Tiffany, Eliana, Chehon, and Cyrus all danced for votes for the final time Tuesday night. The routines and music choices kept me on my toes, so click through to check out some excellent dancing and songs:

This version of the song “Leave” is from the Broadway adaptation of the 2006 movie Once. I have yet to see the show but I heard nothing but good things about it. Though Broadway actor Steve Kazee brings tons of justice to the song, Glen Hansard (the original actor and singer from the movie) has more uncontrolled raw emotion in his recording. Chehon and Allison bring everything to the table in this piece, which made it one of the highlights of the night.

DeVotchKa , “How It Ends”

Gypsy punk band DeVotchKa (their name is taken from the Russian word devotchka for “girl”) gained popularity with their song “How It Ends” when it was featured in a trailer for the film Everything Is Illuminated and also in a commercial for video game Gears of War 2. It was an excellent song choice by Chehon, who delivered his best solo on the show so far.

I’m mainly posting this song because 1) Tiffany and Eliana (and that pole) brought the serious wow factor to the routine and 2) who doesn’t love Chicago? Eliana has pole-work experience so Ray Leeper showed her off during the last part and predictably, Nigel’s head almost exploded. Mine almost did the same, but that’s because I was worried she was going to fall off the pole.

Thanks for reading and tune in next week when So You Think You Can Dance wraps up for the season and finally announces its winner!