So You Think You Can Dance: ‘Top 8’ Music Highlights 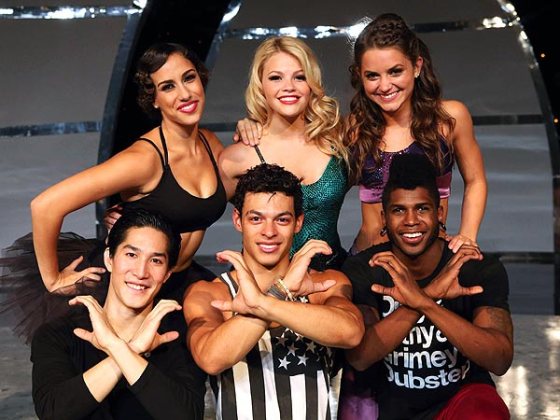 A top 6 already?! This week’s episode of So You Think You Can Dance was, in a word, intense. The eliminations portion gets especially stressful and heartbreaking at this point of the competition so imagine my reaction when my favorite male dancer got voted off. It was a Yelling Fest. Thank goodness for the always funny Jesse Tyler Ferguson of Modern Family, who served as a guest judge and kept me thoroughly entertained throughout the night. But how was the music, you ask?

Let me just start out by saying that the District 78 remix is impossible to find (and also the reason this post is late), which is a bummer. I tried e-mailing District 78 to try and get a download link but it turns out they don’t post their remixes for downloads since they don’t have the rights to the original songs. Understandable. But it’s still a bummer. Not all hope is lost though! Take a listen to the remix in the performance below, as well as the original by Wye Oak (which is better than the remix anyway). And check out the original original song by Rod Lee (after listening to how different it is, how cool is Wye Oak’s cover??). AND if you don’t mind quickly signing up for the website, you can download Wye Oak’s version for free on Splice Today.

James Morrison shows a lot of raw emotion in this song, especially since it’s stripped down to just him and his guitar. The acoustic soul element complimented Will’s solo well. If you don’t know Morrison already, his more popular songs include “You Give Me Something” and the collab he did with Nelly Furtado on “Broken Strings.”

Max Richter, “On the Nature of Daylight”

“On the Nature of Daylight” is a classical piece made by British composer Max Richter. It wasn’t until a few more listens later that I realized there were probably only a handful of string instruments used in the entire song. Richter has a fantastic ability of arranging complex, yet simple pieces.

Tune in for another harrowing episode of SYTYCD next Wednesday on FOX!