Let your kid flag fly! The Legend of Korra 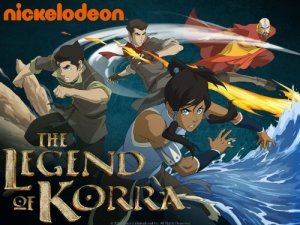 I get that cartoons aren’t for everyone and most of us haven’t watched Nickelodeon since middle school but if you’re looking for an entertaining and exciting animated show this summer I strongly suggest you check out Nickelodeon’s new animated television series: The Legend of Korra.

The Legend of Korra is the sequel to creator’s Michael Dante DiMartino and Bryan Konietzko’s previous Nicktoons series, Avatar: The Last Airbender. The concept of this show is relatively simple yet astonishingly beautiful. In a world where there are four nations based on elements (air, fire, water, and earth) there are people who are able to bend the elements— for good or for evil. And in the midst of these powerful peoples there exists an avatar who alone has the power to bend all four elements and whose purpose is to restore balance to the world.

The avatar is all-powerful but has a strong moral center and is able to rely on past selves in order to surmount impossible trials and tribulations. Aang, the avatar in The Last Airbender was raised by monks, was wise, non-violent, and fundamentally good to his core. Viewers traveled with him throughout his journey to defeat the Fire Nation who had committed genocide against Aang’s people and waged a 100 year war against the other nations.

Korra is the aftermath. She is the new avatar who couldn’t be any more different from her predecessor, although she too possesses an innate goodness. A water-bender with a short temper and a fiery disposition, Korra struggles to connect with her spiritual side and to embrace her role as the avatar in a larger than herself sense. That is, until she moves to Republic City and faces a terrifying masked villain named Amon; a man who possesses a power viewers have only seen performed once—by Avatar Aang in the finale of the first series.

Check out online episodes here to find out more!

5 comments on “Let your kid flag fly! The Legend of Korra”